[su_note note_color=”#D60000″ text_color=”#ffffff” radius=”7″] In the era of Herpes antiviral supremacy, the human being is witnessing a gradual evolvement of some Natural Herpes Treatment and Antiviral Herb. The mysterious ability to be forever, the advancement of HSV drug resistance, and the ability to adversely influence the body’s functions are some elements that nurtured the need for herbs.

Additionally, people are also getting inclined to herbs because they serve as a potent immunomodulator.

Human Herpes Virus developed itself as a DNA virus, sheds into nerve cells. It is a cunning virus; hence, people need an intelligent answer to it. With so much health benefits, assimilating natural and herbs based treatment can substantially help to outsmart herpes entity.

Let’s come across Holistic herbs that potentially have more potent anti-herpetic values than you may have ever imagined.

Herbs are potentially a great way to enhance your internal capability to tackle herpes strain. Some of the antiviral herbs directly interfere with Human Herpesvirus while immunomodulating herbs make immune system dominant before herpes strain.

Clinical trials marked an array of antiviral Herbs that potentially have anti-herpetic values. Incorporating those novel herbs along with some Home remedies can help to resisting the herpes virus. Also, Anti-herpetic herbs can play a primary role in developing novel antiviral drugs.

The below listicle contains information about herbs that not only inhibit the multiplication of herpes strain but also pave the path of healthy immunity.

The term Hypericum Mysorense might seem unfamiliar to a large number of people. The reason is apparent; this antiviral herb is rare, not found everywhere except some places like Nilgiris and Himalaya. Consider yourself fortunate as you are not in the list of billions who unaware of this herb.

The potent antiviral and inhibitory activities of Hypericum mysorense (HM) managed to draw the attention of the world’s investigators. Scientists have conducted dozens of examination to assess the anti-herpetic potential of HM.

In a clinical trial, the methanol extracts of aerial parts of Hypericum Mysorense evaluated for its antiviral potency. In this trial, HM evinced 50% inhibitory potential against Human Herpes Virus 2 without causing any toxic influence.

The trial described above was one of the preliminary studies conducted to determine the anti-herpetic potentials of Hypericum Mysorense.

Another antiviral herb from the same species called Hypericum hookerianum is said to have Hypericum mysorense like antiviral values.

It possesses the substantial amount of wound healing constituents that even work at Cold sores and fever blisters caused by HSV1 or HSV2. In a purpose to verify the saying, an investigation conducted on 36 rats.

The methanol extract of Hypericum hookerianum used as an ointment on the wound of rats. Within a few days, the lesion started limiting itself and offered great comfort from its scourge.

The result offered hope to humans that Hypericum hookerianum can potentially become a future herpes remedy.

Lysine is an amino acid which does not secrete by Human’s body. For that reason, it has to be procured from lysine containing sources like foods or supplements.

It is an essential amino acid that regulates various functions of the body. From the transportation of fats to regulating the absorption of Calcium, all are functions of Lysine.

It promotes the recovery from the damage engendered by Trauma or Surgery. It also aids the management of Human Herpes Infection.

The Proof of Efficacy

A wide variety of investigations documented the efficacy of Lysine for herpes management.

Most trials ended up with the conclusion that lysine prevents herpes recurrence, heals wounds faster and reduces the severity.

Let’s take a dip into a crossover study to understand the cruciality of Lysine for herpes infection.

The study set for 12 months, where 26 herpes patient with the frequent herpes lesion voluntarily participated.

Participants split into two groups, where the first group received 1000 mg of lysine dosage daily. The other group of participants did not receive lysine supplementation.

The outcome of this study evaluated lysine effectual for herpes management.

Participants who have undergone with Lysine supplementation (Lysine Dosage) shown a significant reduction in the severity of lesions than another group.

During this study, some participants were instructed to stop taking lysine for the specific period. Later on, scientists noticed that stopping lysine supplementation increased participants vulnerability to herpes recurrence.

To help lysine work, low arginine dietary regimen, and a minimum of 1.3 gram Lysine intake per day followed. Less than that may prove to be ineffective.

The patients with a history of heart and gallbladder disease should cautiously use Lysine.

Now the million-dollar question is, what are the high sources of Lysine? Well, you can opt L-lysine supplement to fulfill your daily lysine requirement.

If following herbs available nearby you, it is best to utilize natural sources of Lysine for herpes infection. Avocados. Pigweed, Alfalfa, Mint, Amarnath, Wheatgrass, Ginger, Dill Weeds, Fennel seeds, and Fenugreek are excellent sources of lysine.

Melissa Officinalis contains constituents that are believed to inhibit viral replication and shorten the healing time of Fever blisters. Commonly referred to as Lemon balm (LB) is topically applied on an affected site to get the comfort from herpes misery.

In search of novel antiherpetic agents, the antiviral herb like Lemon Balm holds credibility. A preliminary study conducted on “Lemon Balm’s inhibitory influence on Herpes” stated that antiviral components directly interact with the herpes virus. The trial also noted that Lemon balm (Melissa Officinalis) has an association in inhibiting the HSV1 binding to the cell at the initial stage of infection.

In another investigation, the 50 percent inhibitory concentration of Lemon Balm decreased the viral proliferation by nearly 99 percent. Herpes virus becomes helpless and starts limiting itself with the higher doses of Lemon Balm, studies suggest.

Melissa Officinalis (LB) possesses acids like Caeic, Ferulic, and Rosmarinic that are thought to have viral impeding action. It also contains some other anti-herpes values. Not long ago, terpenoids (a constituent of Melissa Officinalis) is also found involved in inhibiting the proliferation of Herpes Labialis.

Study described above propose that Lemon Balm is an herb that is an elixir to tackle evil repute herpes virus.

The extract of Tea-tree (tea tree oil) is one of the essential oils which is unconventionally used to treat multiple forms of Human Herpes Infections. Antiviral herbs, like this, has supreme potential to outsmart herpes virus. Preliminary as well as late investigations pointed out the healthy virucidal constituents in the Australian tea tree.

A noncytotoxic concentration prepared to asses the antiviral properties of Tea Tree Oil. The evaluation of aforesaid concentration is processed, and the result is as follows –

Though a short term examination of Tea-Tree oil presented strong antiviral potential, still, the need for extensive analysis is necessary. It will help in detecting the exact mechanism of its antiviral values.

Not only it holds constituents to enhance innate defense mechanism, but clinical trials demonstrated it as a potent antiviral herb.

An investigation conducted to detect the wound healing components of Echinacea. Twenty male Wistar rats selected and received the treatment with Echinacea extract. As per the finding, Echinacea demonstrated great wound healing potential.

Aloe vera has a rich history of its use in the rehabilitation of multitude ailments including herpes labialis and herpes genitalis. Its efficacious medicinal properties have the reach to all sorts of herpes infections. Whether you want to rehabilitate yourself from mild genital infection or acute herpes labialis, Aloe vera is what you can settle on.

Initial as well as recent clinical investigations support the use of Aloe Vera for herpes infection. A broad spectrum of anti-herpetic constituents empowers Aloe Vera to kill and inhibit herpes agent. It possesses anti-inflammatory, analgesic, and inhibitory actions. And all of them are necessary for herpes management.

Several other herbs are making it feasible to outsmart a range of herpes infections. Researchers scrutinized cranesbill for its effectuality over the herpes virus.

Aqueous extract took an average of 6.7 days to heal wounds, whereas acyclovir cream did the same thing in 6.5 days. Sage has a high amount of antioxidants that protects healthy cells from the destruction of free radicals.

The pericarp of Pomegranate is a rich source of tannins and is a potential antiviral herb. Various studies found its anti-herpetic values. It substantially restricts the multiplication of herpes agents.

Propolis is not an herb but is a mixture of resins that bees accumulate from various herbs and trees. Scientific data suggests the application of propolis to pave the path for herpes management. Some studies even concluded that the mixture of propolis has far more influence than Acyclovir.

We also want to incorporate an anti-viral herb Astragalus to treat your afflictions aggravated by Herpes Labialis or Herpes Genitalis.

Adaptation of antiviral herbs and other novel treatment methods substantially reduces the instances of drug-resistant HSV. Your body requires the combination of immune-supporting, antiviral, and tannin-rich herbs to control herpes strain holistically. You may also need to shift yourself to a healthy lifestyle. Long term stress and depression aggravate and worsen the herpes symptoms. Learning stress management can help prevent the potential herpes outbreak.

Medicinal plants have a long history and used to cure various kinds of ailments and infections. The conventional medicine is not yet... 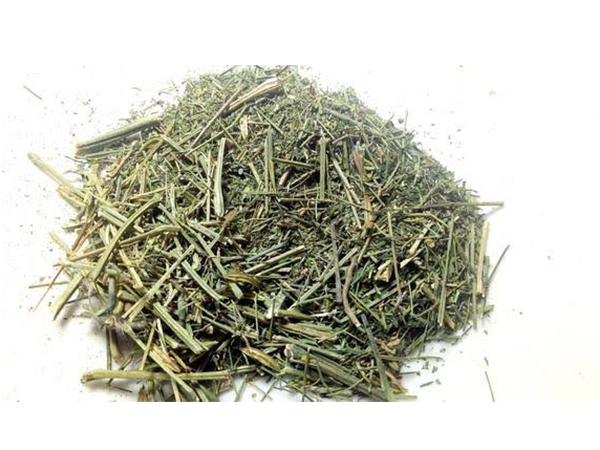 The global consensus put emphasis on the use of natural plants as mean to counter modern medicine side effects. Not only are these... 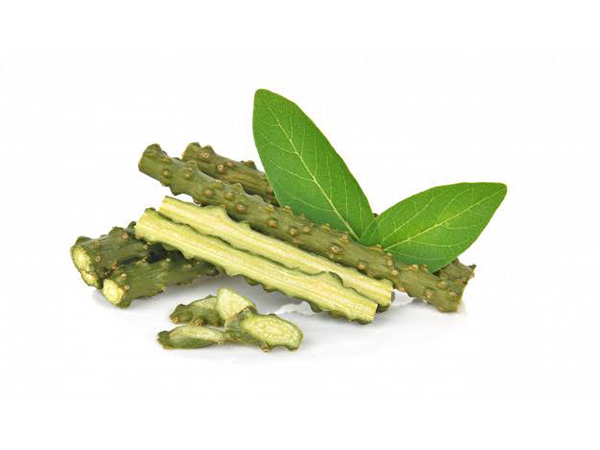 Tinospora Cordifolia or provincially called as Giloy is a powerful immune stimulator and an anti-inflammatory agent. A strengthened immune...

The instances of recurrent herpes infections have a skyrocket effect on the global scale. The evolution has triggered increased will in the...

Previous Story
Is Pollen Count on the rise? Handle it with these ways
→

Next Story
Herpes B Virus: A Death-Dealing Contamination